Amplifier Linearity – What Is It & How Is It Measured?

An amplifier takes in an input signal and outputs the signal at a greater amplitude. A nonlinear amplifier will not faithfully reproduce the signal and adds distortion to the waveform, which degrades system performance. Testing the linearity of an amplifier, therefore, is critical to maintain high-fidelity communications.

If an amplifier behaves linearly, then the output signal will change proportionally to the input signal, meaning the ratio between the two will be consistent (i.e., a specified gain). You can see this behavior represented in the video below as a perfect diagonal line.

When this occurs across the full dynamic range, the amplifier delivers an ideal, linear response. In the real-world, the output of an amplifier starts to taper off above its linear region of operation and doesn’t increase in concert with the input power. In fact, there comes a point where an increase in input power no longer elicits a change to the output. The amplifier, in this case, is saturated.

As an amplifier approaches saturation, its efficiency improves. This leads us to the 1 dB compression point, notated as P1dB, which indicates when the amplifier output deviates by 1 dB under its linear performance.

The application dictates whether an amplifier is optimized for linearity, efficiency, or both. One key concept here is the input back-off (IBO) value. Toeing the line between the two, IBO reduces input power by a certain value to achieve a sought-after linearity without relinquishing an excessive amount of efficiency. While we can dive into each of these concepts further in future posts, below is a brief list of a few measurement methods used to assess the linearity of amplifiers.

Crest Factor: Also referred to as the peak-to-average-power ratio (PAPR), crest factor (CF) is the ratio of a signal's peak amplitude to its average power. The CF method can use a band-limited additive white Gaussian noise (AWGN) waveform to mimic multiple, real-world carrier signals. Peak power sensors measure the input and output of the amplifier, and a large discrepancy between the two CF values indicates nonlinearities.

3rd Order Intermodulation Products: In systems with multiple signals, a nonlinear amplifier's output contains signal harmonics and intermodulation products, which are generated when the original signals of interest combine and form additional signals. While filtering can alleviate most of these frequency mixing effects, 3rd order products are more challenging due to their proximity to the intended signals and therefore lead to intermodulation distortion (IMD). The 3rd order intercept (IP3) value can be used to measure IMD and characterize amplifier linearity.

Noise Power Ratio: The noise power ratio (NPR) method uses an AWGN waveform to replicate various carrier signals. After the band-limited AWGN signal passes through a notch filter, it is applied to an amplifier and analyzed for nonlinearities and IMD by observing the change in notch depth.

Boonton has two interesting articles that discuss CF and statistical analysis (i.e., CCDF) in the broad context of RF power measurements and more specifically for Wi-Fi 6 chipset and device characterization. The Noisecom Satellite Communications Testing Solutions Guide also touches base on the NPR method when assessing the performance of amplifiers in satellite communications systems. 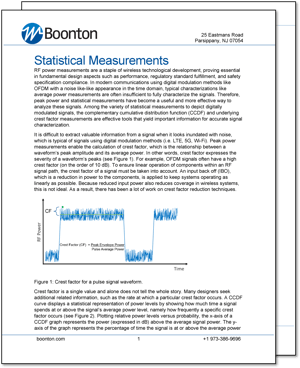 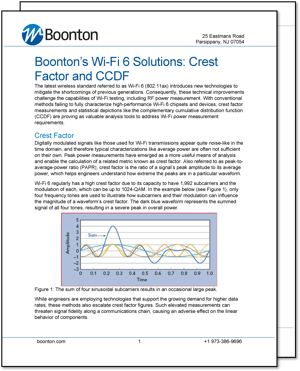 Ensure optimal amplifier operation for your specific application with high-performance assessment solutions from Boonton and Noisecom. 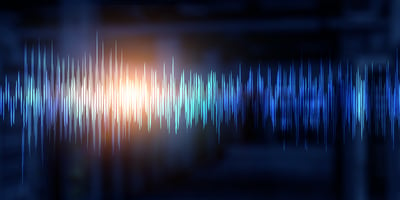 How Can Crest Factor Be Used to Assess Amplifier Linearity?

Crest factor (CF) is the ratio of a signal's peak amplitude to its average power. Also called the... 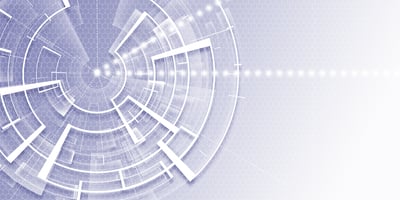 Radar systems are improving by the day, driving the need for new testing requirements and test... 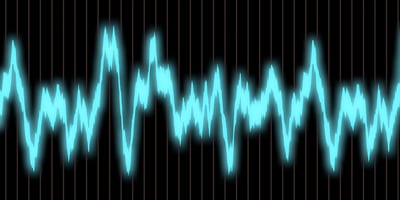 Noise is everywhere. Today’s wireless systems must be able to operate efficiently as these...